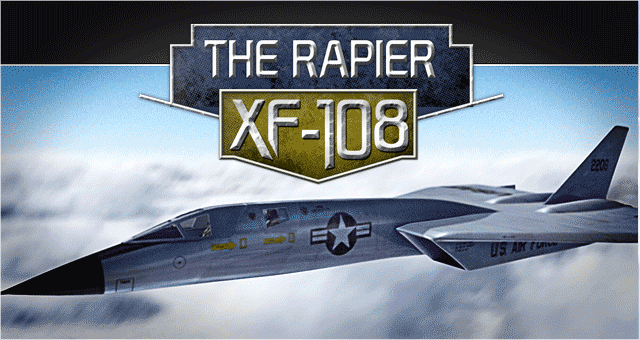 In the minds of American military planners, the promise of intercepting Russian bombers far before they reached the American heartland was simply too appealing to ignore. And hence the long-range Mach 3 “Rapier” was born.

As one of the missing ‘century series’ fighters, the XF-108 interceptor had great promise. In the North American tradition, the F-108’s sleek lines and graceful shape evoked a sense of speed and unbridled performance, a herald of things to come and a true product of the jet age!

Watch the trailer for The Missing Century Fighters XF-108